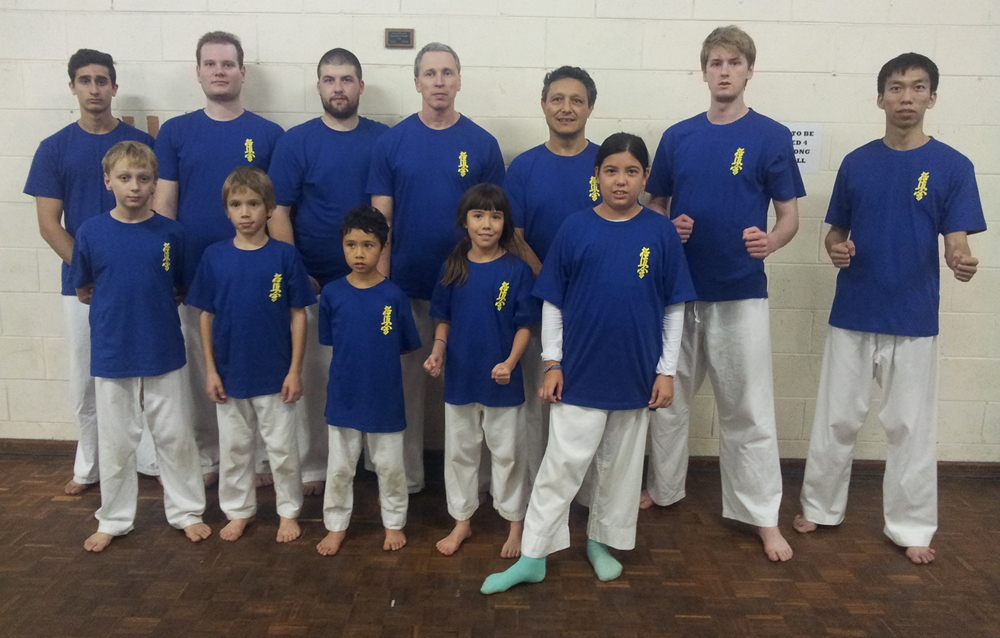 At the 2014 IFK Australia training camp with Shihan David Pickthall, the VP of the International Federation of Karate, our parent organisation.

Back row : Senpai Alex Vij (retired), Senpai Jack, Chris Rosiak, Shihan David Pickthall, Shihan Shah (still Sensei back then). All the rest of them are no longer training. 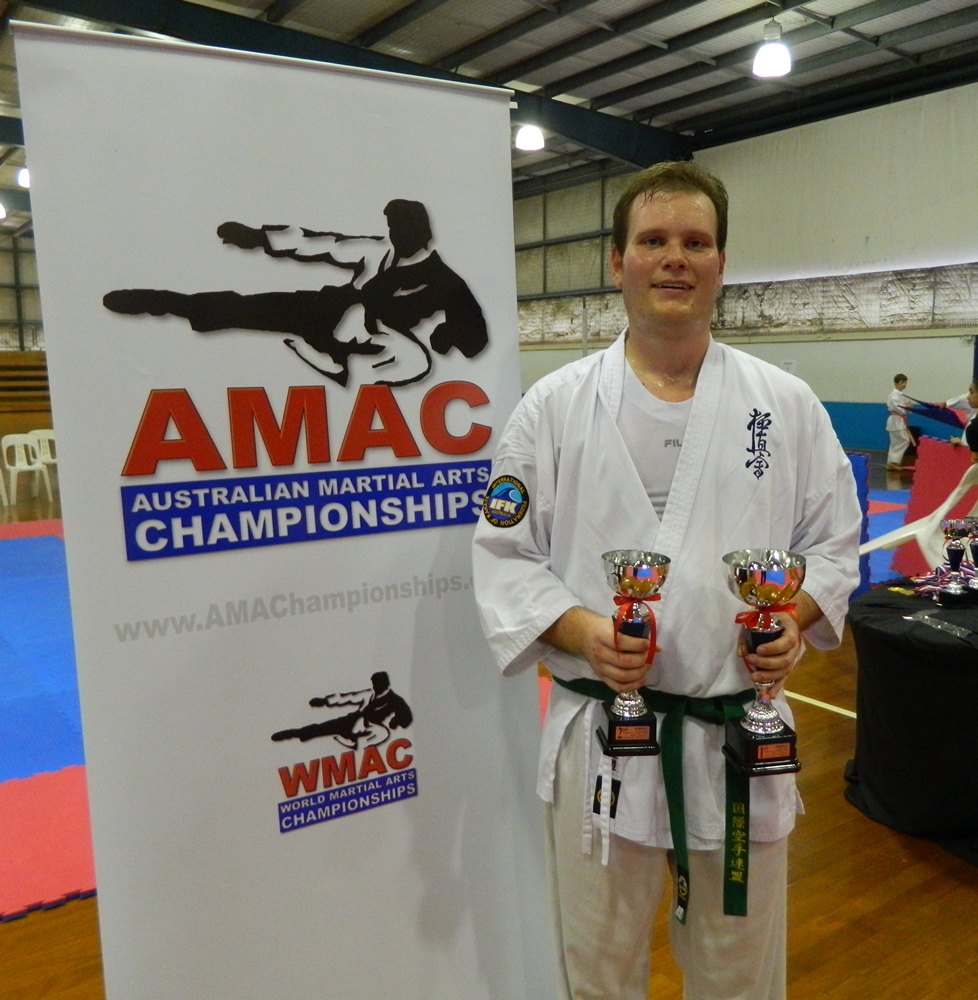 And the results of the competition in the above video 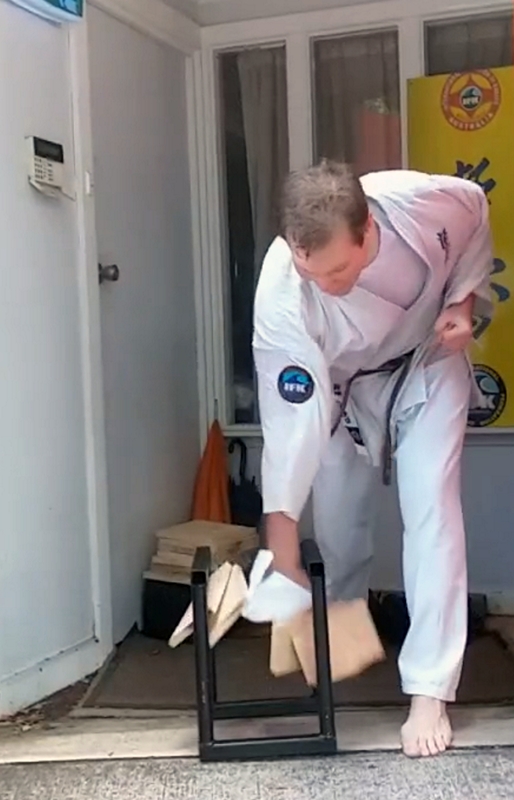 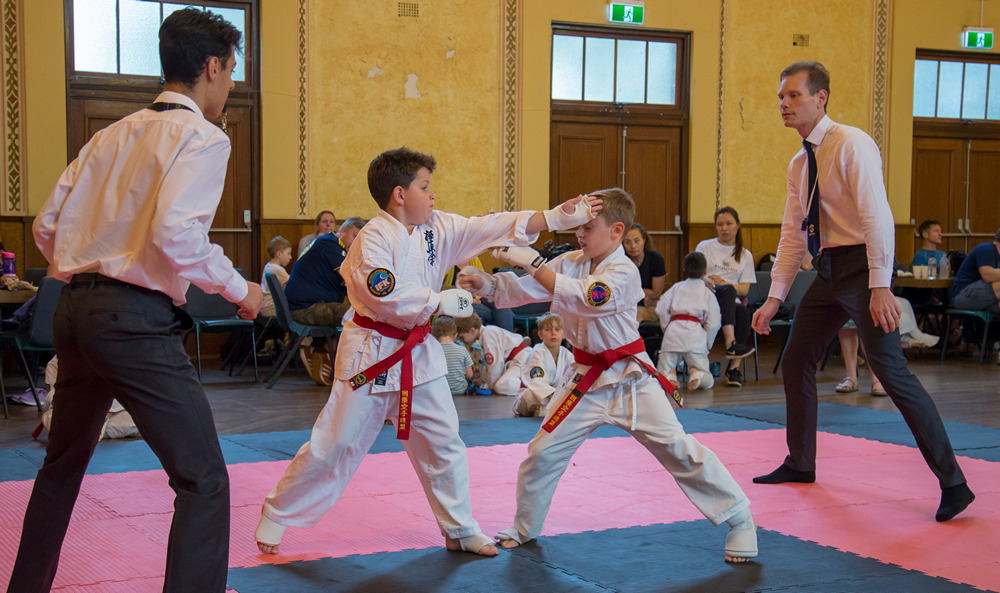 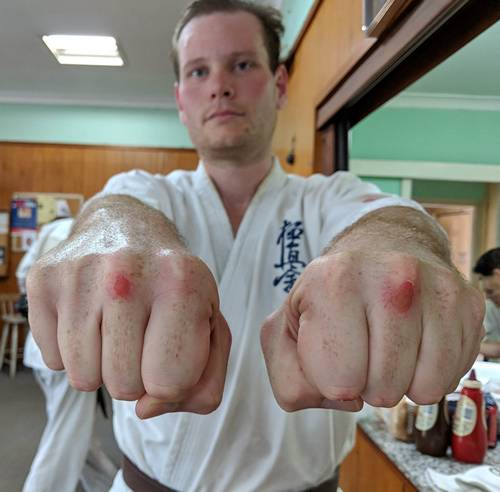 This is what happens when you put effort into bag work at the Annual IFK Australia Camp. 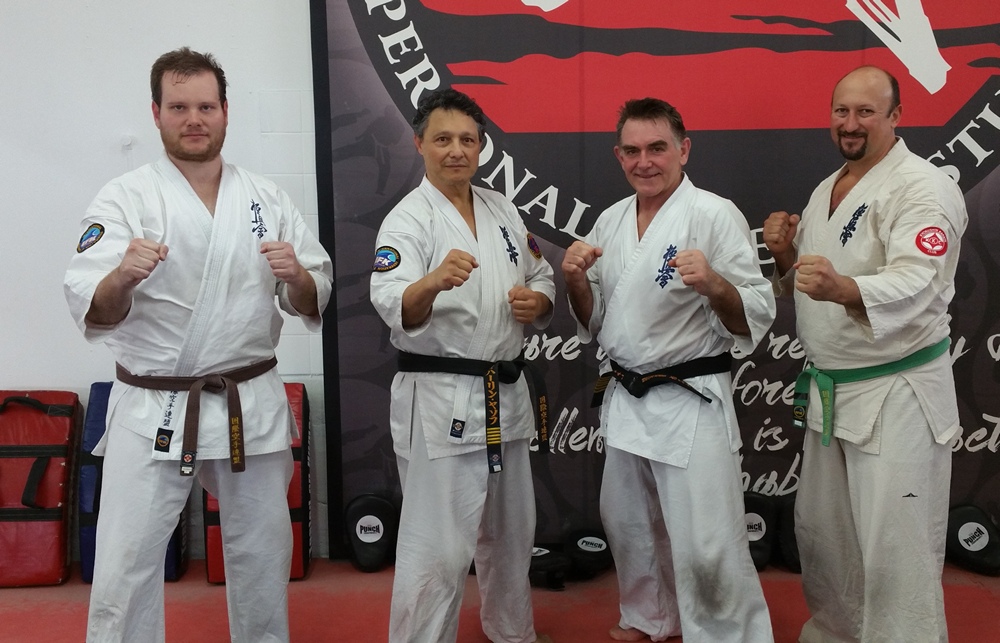 At a Seminar with the legendary Shihan Cameron Quinn (2nd from right) and  Anthony Zamattia on the right, 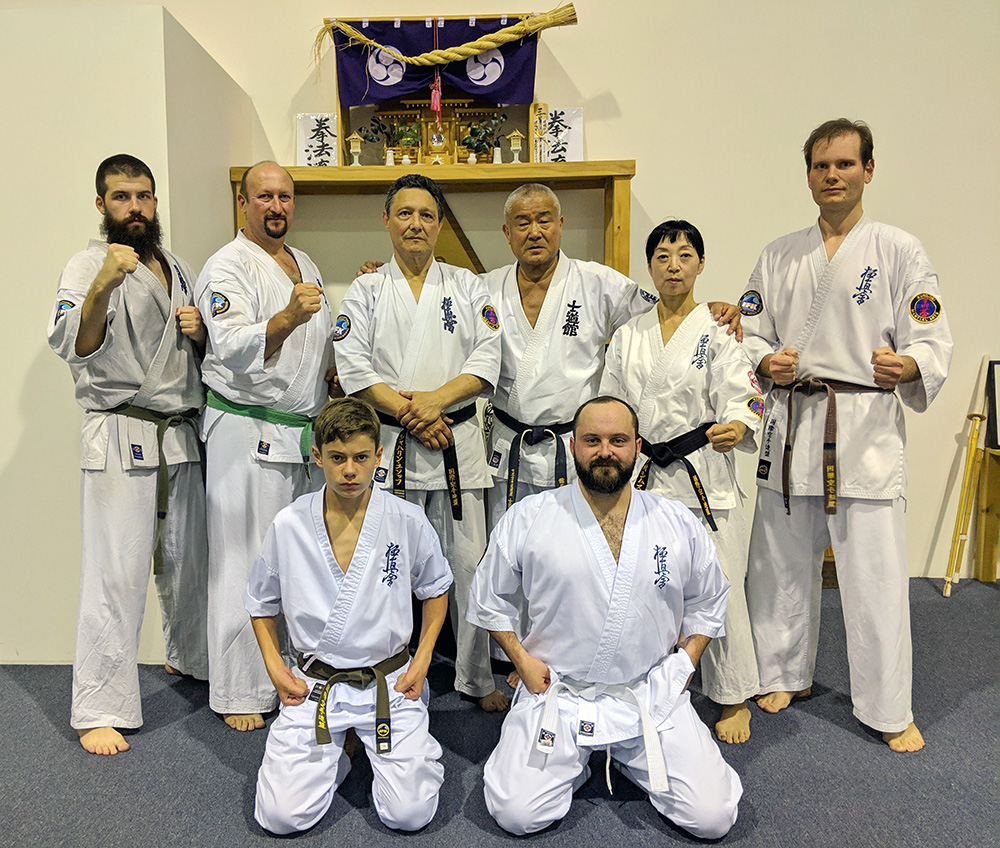 After a seminar with Yoshiji Soeno, the founder and head of Shidokan Karate. He was one of Mas Oyama's original and premiere students. 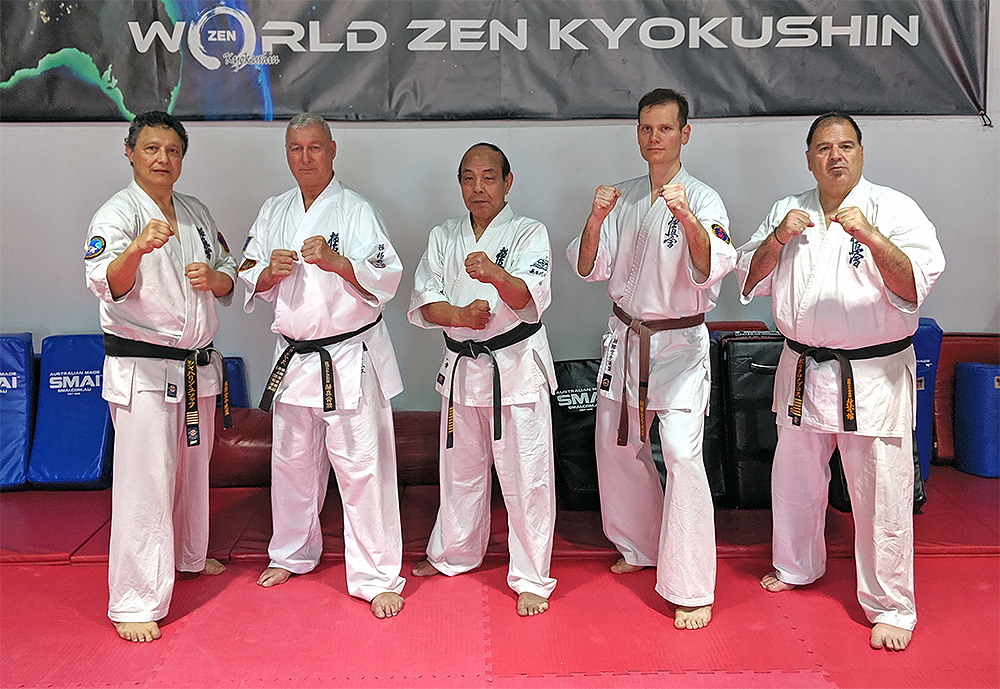 At the official opening of the first World Zen Kyokushin dojo in Australia, with its founder Soshi Kazuyuki Hasegawa 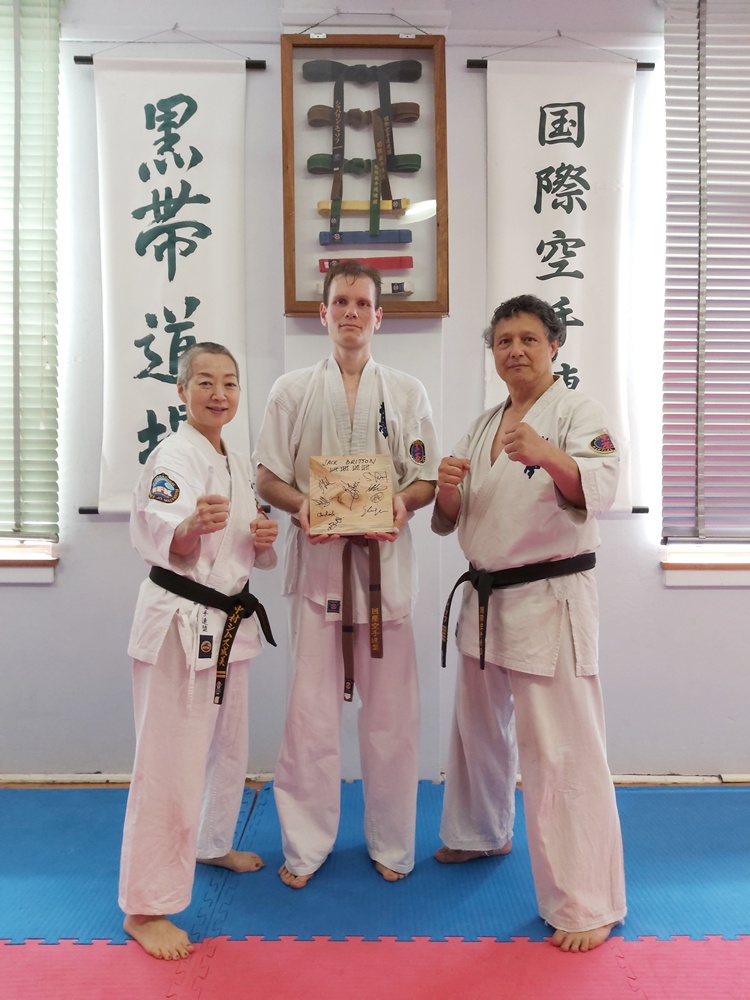 Absolutely shattered after his shodan grading, here he is with his grading fights record board, and the other two black belts from his dojo. Senpai Shigemi has her own biography pages. 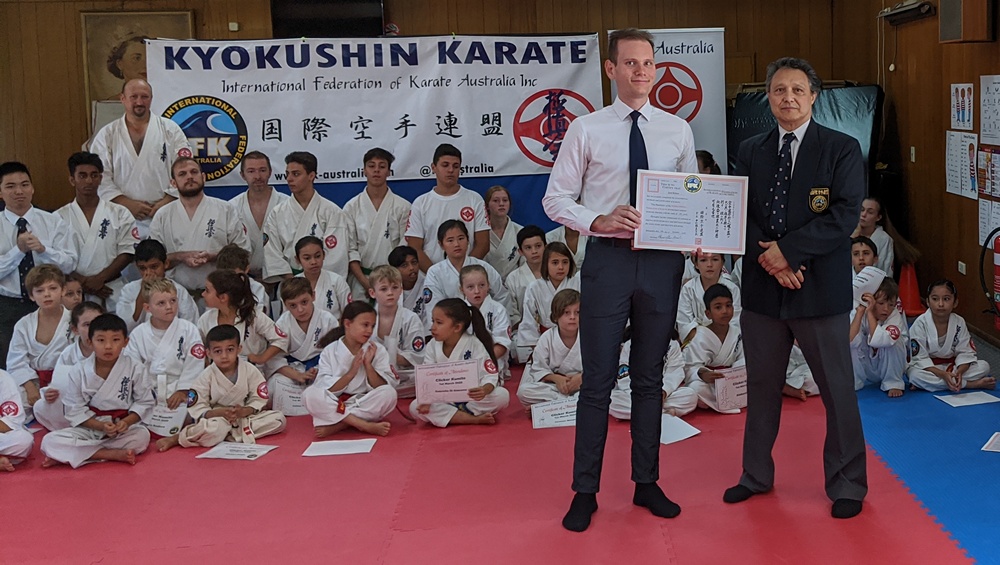 Here he is receiving his official shodan certificate from Shihan Shah at the 2020 clicker tournament.